In May GAB DE LA VEGA did a solo acoustic tour across Europe and he just recently came back from his successful 22-show-run through Canada - now he is heading to Germany with his band THE OPEN CAGES.

For the first show FRANK TURNER has invited him and his band to be part of the "Lost Evenings" festival in Berlin. The event was supposed to take place back in 2020, but had to be cancelled like many others. FRANK TURNER keeps his word and that's why GAB DE LA VEGA & THE OPEN CAGES can be seen on the Nick Alexander Stage of the Columbia Theater in Berlin on September 15. Besides FRANK TURNER, who delivers a cross-section through his entire creative period, artists like THEES UHLMANN, DAVE HAUSE, TURBOSTAAT and many more will take the stage in Berlin. Info and tickets: https://lostevenings.info/

The other two shows will bring GAB DE LA VEGA & THE OPEN CAGES to Karlsruhe and Schwäbisch Gmünd. All further info at: linktr.ee/gabdelavega 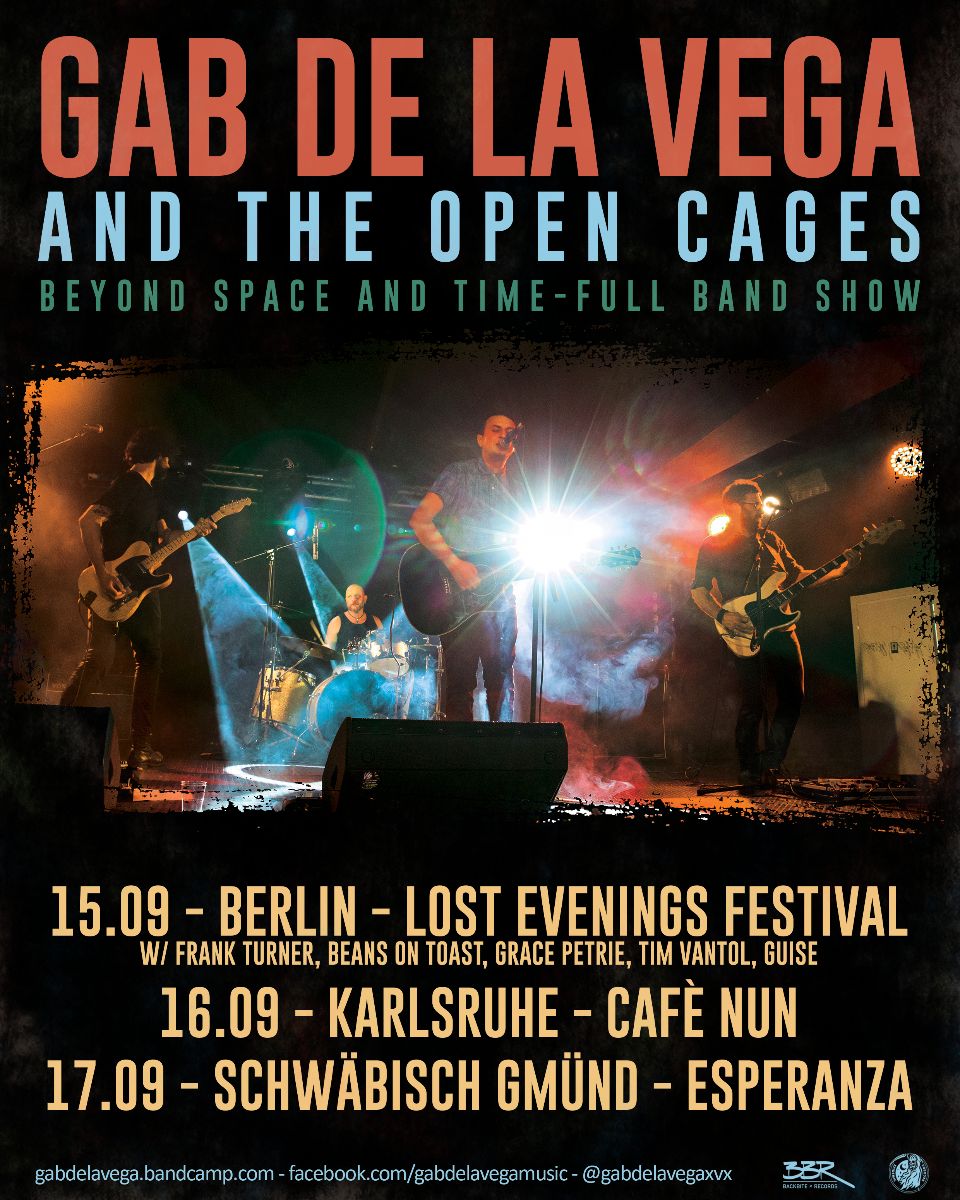 The albums "Manifest Density" and "Cropduster" by ADOLESCENTS are finally available on limited vinyl again. Out on 26.08.2022 via Concrete Jungle…