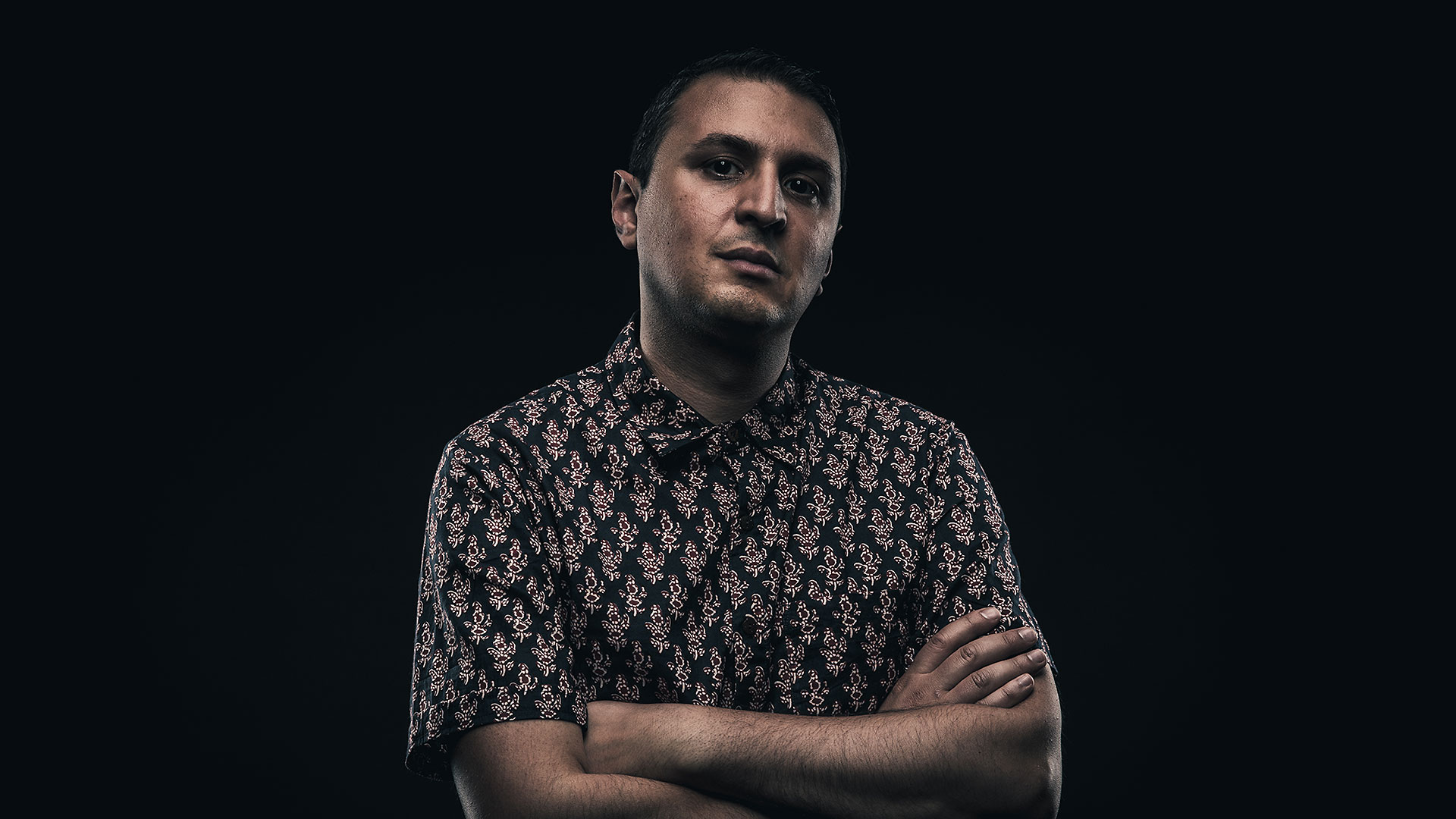 After years playing punk and hardcore, in 2011 Gab starts this solo project, putting heavier sounds aside for a while and taking up an acoustic guitar, exploring himself as a singer-songwriter. Melodies and emotions find a way to express themselves at their best, in sounds which always combine a personal touch with tradition, influenced by very different sources, such as indie rock, punk and folk.

Stories of real lives, emotions, political practice, feelings, criticism and theories, some daily life glimpse and personal thoughts come along through a combination of vocals and guitar, soundtrack of a journey, told with self-criticism and self-irony. Throughout the years he's toured Europe extensively, with shows in Italy, Germany, United Kingdom, Sweden, Czech Republic, Portugal, Switzerland, Spain, Poland, Serbia, Macedonia, Hungary, Denmark to name a few, and he's got the chance to play as an opening act for Frank Turner, Against Me!, Chuck Ragan, Kevin Seconds (7 Seconds), Austin Lucas, Ceremony, H2O and many more.

In 2017 Gab De La Vega toured Spain in the Spring and Europe in September, for 20 shows, and has embarked in November on his first North American Tour with his friend Greg Rekus, from Winnipeg (Canada), who toured Italy with Gab and shared the stage with him several times. They played several shows on the US East Coast and in Canada, in Quebec and Ontario. 2018 was non-stop touring, with several dates in Italy, a two-week long UK Tour and summer dates in Czech Republic and Germany, including Fluff Fest and the Hardcore Help Foundation Summer Festival.

In September till the first week of October Gab De La Vega embarked on his very first South American tour, playing 16 shows across Chile and Argentina, more than half of which with the Santiago-based band Forsaken. 2019 has seen a 5 show tour in Germany, Gab's second tour in Canada (10 shows), a European tour and his first full band show as Gab De La Vega and the Open Cages, opening for Frank Turner and the Sleeping Souls at Festa di Radio Onda d'Urto in Brescia, Italy.

Gab De La Vega shares his new single “Perfect Texture” to announce the release of his new album, “Beyond Space And Time”, which is coming out on January 24th 2020. It's his third full length album and it's the first to be full-band arranged.

The single comes with a video directed by Bradley James Allen and co-directed by Jaden D and Gab De La Vega, in which a Back To The Future DeLorean appears, in a dreamy surreal scenario that mixes reality and fiction, which boundaries blur into something indistinguishable.

What is real and what is fake?

Gab De La Vega comments: “It seems to me that the boundaries between what's real and what's fake tend to be undefined nowadays. Everything runs at twice the speed today and it has become so superficial that we don't even bother questioning if our perceptions are real. This has an impact on everything.

For example, it's easy to take a quick glance at a person's life through the lenses of social media and think they are having the greatest of lives, when in fact they are not as shiny as they look. The comforting flawless surface of this post-truth world we internalize deteriorates the connections to the (real) world and to the people in it. It leads to loneliness, social anxiety, fear of judgment and gets us involved in a perpetual chase for easy distraction and interactions based on instant gratification.

It's easy to be dragged into this game, but eventually there's a way out. When the walls around us grow taller and the room around us gets smaller, we just need to reach out for the handle and pull it: there's another world outside, in which we can truly be ourselves, with flaws and virtues and have healthy interactions with the each other. It is liberty in its purest form.”

“Pefect Texture” features Nicola Manzan (aka Bologna Violenta), a multi-instrumentalist and composer who previously worked with many artists such as Il Teatro Degli Orrori, Baustelle, Fast Animals And Slow Kids, Lo Stato Sociale and others. He played the violin and the viola in the song.

The new album “Beyond Space And Time” has been recorded and mixed by Simone Piccinelli at La Buca Recording Club in Montichiari and mastered by Grammy-nominated sound engineer Jack Shirley (Deafheaven, Oathbreaker, Jeff Rosenstock, Gouge Away...) at The Atomic Garden Recording Studios in Oakland, California.

It's released via Gab's own label Epidemic Records and the German label Backbite Records.

Beyond Space and Time