GAB DE LA VEGA has toured Germany multiple times, he always says that's one of favourite places to tour, in fact he toured solo in May, full band in September and now solo again. Coming back to Germany three times in a year can only confirm that statement.

Born in Brescia (Italy), Citizen of the World: he does everything to take his music wherever he can. Throughout the years he toured Europe extensively (more than 20 countries, including two UK tours) and he also hit the US East Coast, Canada (three times) and South America. He played small shows and big shows, sharing the stage with artists such as FRANK TURNER, AGAINST ME!, LAURA JANE GRACE, PUP, CHUCK RAGAN and many more.

In 2022 he toured Europe, with shows in Austria, Germany, Netherlands and Belgium, played full band with LAURA JANE GRACE (AGAINST ME!) in Italy and embarked on his third tour in Canada, with 22 shows between Ontario, Quebec, New Brunswick and Nova Scotia. He opened a show for the Canadian band PUP just recently and last but not least, he appeared with his band THE OPEN CAGES at "Lost Evenings Festival", upon the British singer-songwriter FRANK TURNER's invitation as well as at two other shows in Southern Germany. He's just finished recording his fourth album, which is coming out in 2023. 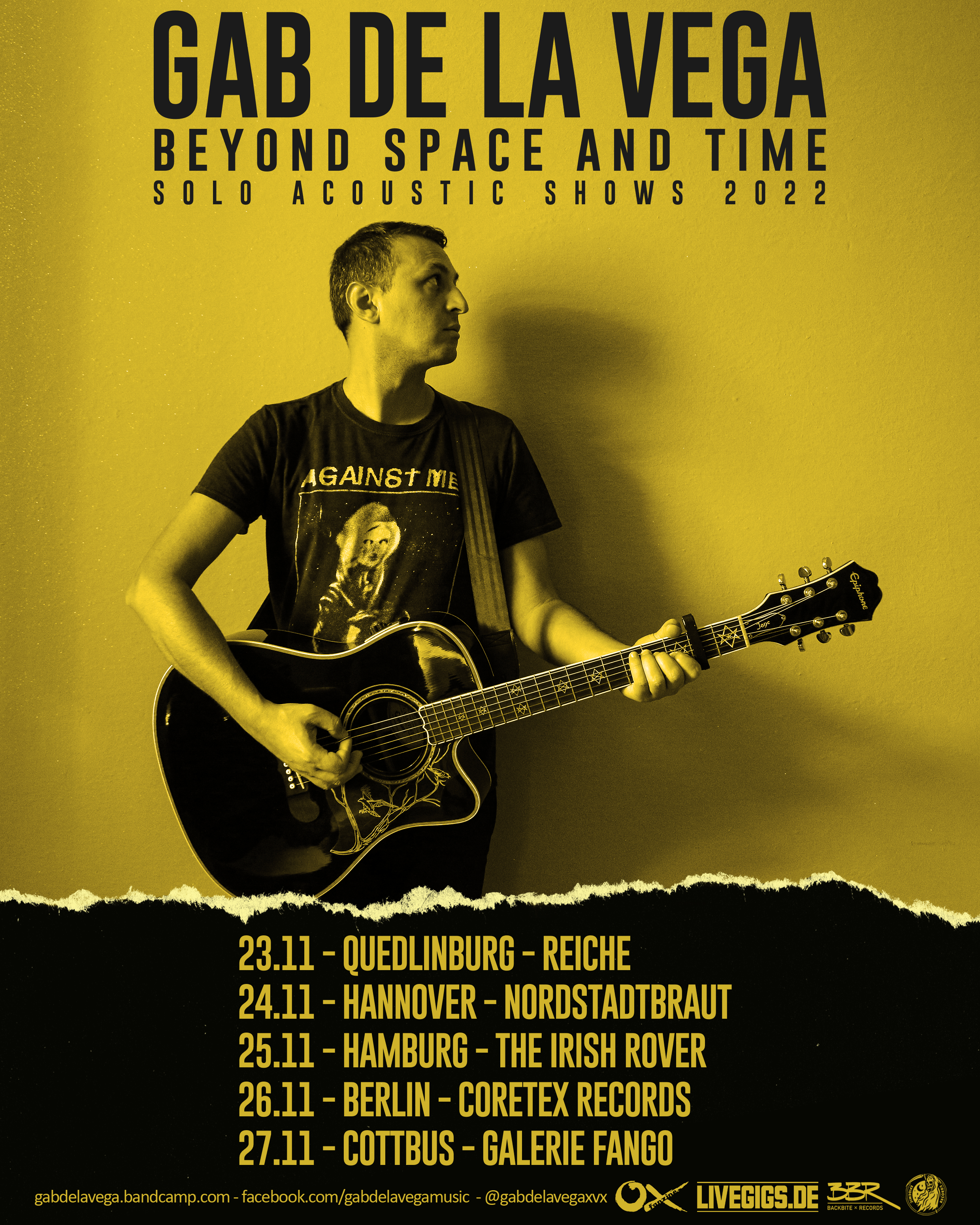 GAB DE LA VEGA has toured Germany multiple times, he always says that's one of favourite places to tour, in fact he toured solo in May, full band in…

The new album "Demon Seed Rising" by P. PAUL FENECH, the mastermind behind THE METEORS, has entered the official German album charts at #93. Stream or…