ROGERS had a turbulent year, marked by countless shows, various injuries and the recordings of their fourth studio album "Mittelfinger für immer". There was hardly any time to breathe a sigh of relief, because their strongest live year so far started in spring with an extremely successful headliner tour, which went directly into an unforgettable festival summer. Even the foot injuries of Chri and Dom couldn't stop the Düsseldorfers. Whether Deichbrand Festival, Wacken Open Air or Ruhrpott Rodeo - their performances exceeded all expectations and will be remembered by the band and their fans for a long time to come. Just like their biggest show so far, which they were allowed to play in the sold-out arena of their hometown Düsseldorf as a prelude to DIE TOTEN HOSEN. "It's pretty crass", singer Chri looks back on the past months. "Basically, 2018 was all about highlights."

Who is surprised that the restless punk rockers have also taken a few video shots in Berlin's YouTube studios in between? "We do a lot ourselves and have also been fully involved with the album production in the studio," explains guitarist Nico. "The short moments at home are therefore rare, but the result can always be seen and heard at the end of the album. Already during the production of the last album "Augen auf" it turned out that the musicians - besides their actual tasks within the band - have many other strengths. This heart blood, which runs through the entire band history with the ROGERS, is also to be heard on their new album and they are aware of this: "Nevertheless or perhaps also because of it we can proudly say that we are ultra satisfied with the result, because the record makes a statement for what we have been going through for years and will continue to do. Come what may, middle finger forever".

In terms of content, the fourth studio album of the Düsseldorf band now offers a colourful potpourri of themes that the musicians have dealt with in recent years. In their first single "Zu Spät", for example, they deal with the consequences of our excessive capitalism, they thematize the war in the Middle East, which first led to a refugee crisis and later to a global shift to the right, and with the deforestation of the Hambach forest they pick up another current topic. 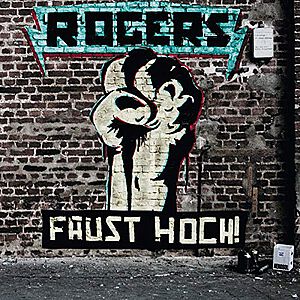 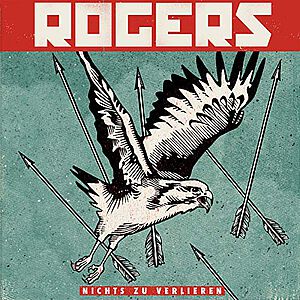 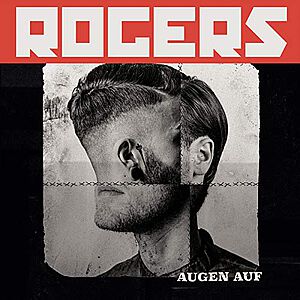 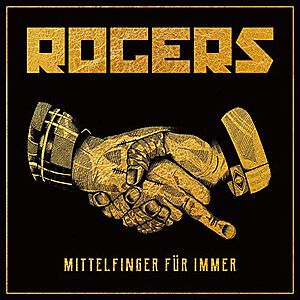 Rogers
back to overview